Learn how the Rule of thirds will transform your photography

Learn how the Rule of thirds will transform your photography 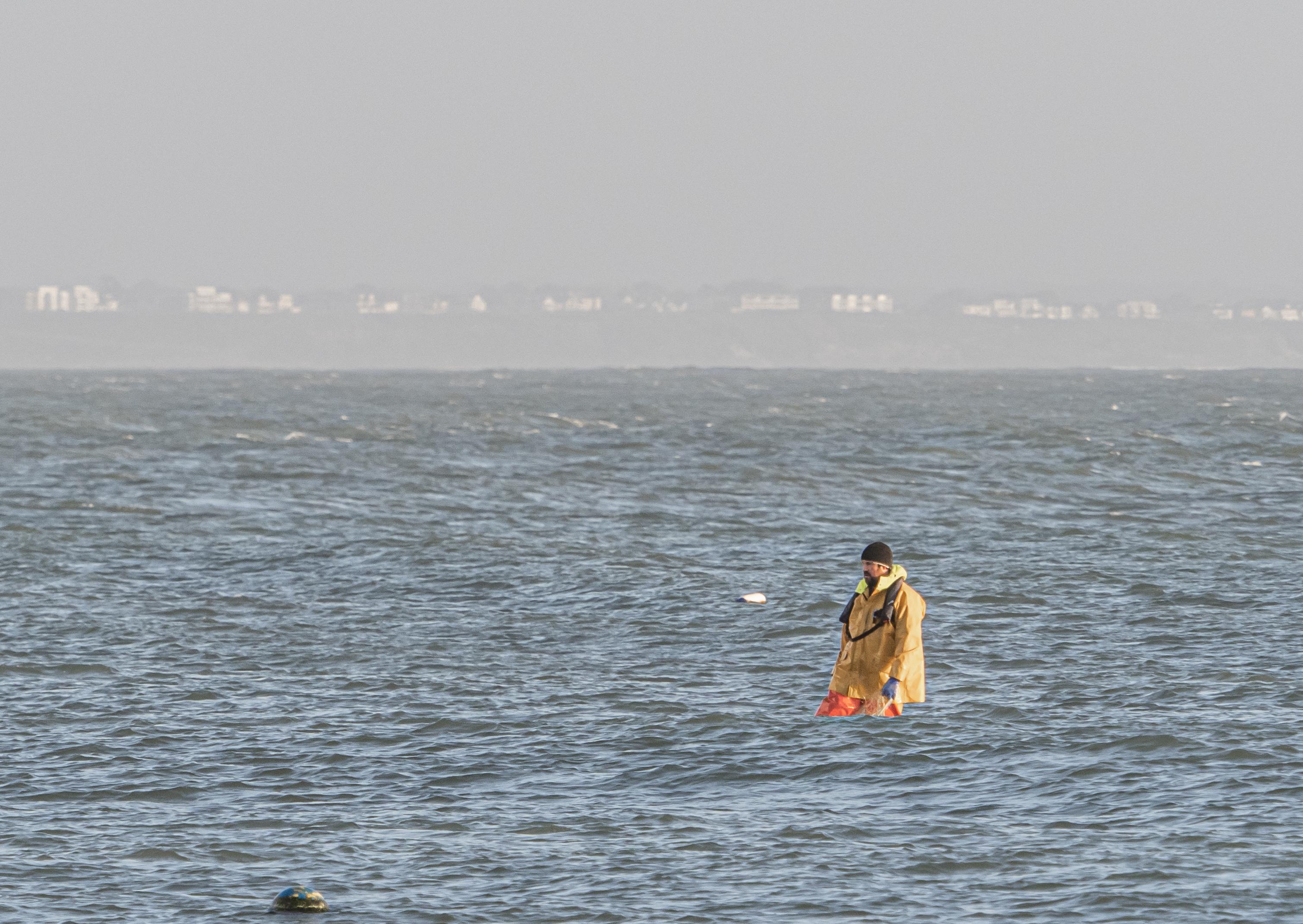 If you've picked up a camera in a semi-interested way, the chances are, you've probably heard of this concept called the Rule of thirds. But what is it and why does it matter?

In this blog post, I'll be explaining what it is and how you can use this simple technique in your own photography.

So, first off, what is the Rule of thirds?

If you've ever played Noughts and Crosses, or (Tic-Tac-Toe if you're in the US), you'll be familiar with a 3 x 3 grid where you'll be placing your X or O to try and get three in a row. It's a simple game, and so if you can master that, you can master this.

In effect, you're seeking to break down your image into three parts that are horizontal, and three parts vertical. The idea is that you use these intersections to make place a point of interest either along one of the lines or separate out the image in to three individual sections, for example, the relationship between land and sky. Read on and you'll see some great examples from my work to show you how it works.

This idea was first written down in 1797 by John Thomas Smith in his book 'Remarks on Rural Scenery'. Smith writes:

"Analogous to this "Rule of thirds", (if I may be allowed so to call it) I have presumed to think that, in connecting or in breaking the various lines of a picture, it would likewise be a good rule to do it, in general, by a similar scheme of proportion; for example, in a design of landscape, to determine the sky at about two-thirds ; or else at about one-third, so that the material objects might occupy the other two : Again, two thirds of one element, (as of water) to one third of another element (as of land); and then both together to make but one third of the picture, of which the two other thirds should go for the sky and aerial perspectives.

This rule would likewise apply in breaking a length of wall, or any other too great continuation of line that it may be found necessary to break by crossing or hiding it with some other object : In short, in applying this invention, generally speaking, or to any other case, whether of light, shade, form, or color, I have found the ratio of about two thirds to one third, or of one to two, a much better and more harmonizing proportion, than the precise formal half, the too-far-extending four-fifths—and, in short, than any other proportion whatever. I should think myself honored by the opinion of any gentleman on this point; but until I shall by better informed, shall conclude this general proportion of two and one to be the most pictoresque medium in all cases of breaking or otherwise qualifying straight lines and masses and groupes [sic], as Hogarth's line is agreed to be the most beautiful, (or, in other words, the most pictoresque) medium of curves."

How it works in practice

Here's an example of it in my work.

In this print called Dawn Dip, the subject is someone taking an early morning swim in the sea down in Southsea. When I took this, I was standing in the sea up to my knees, and I used the gridlines on my trusty Olympus viewfinder to help me set up the shot. It was a calm, Saturday morning and the sea was gloriously warm! 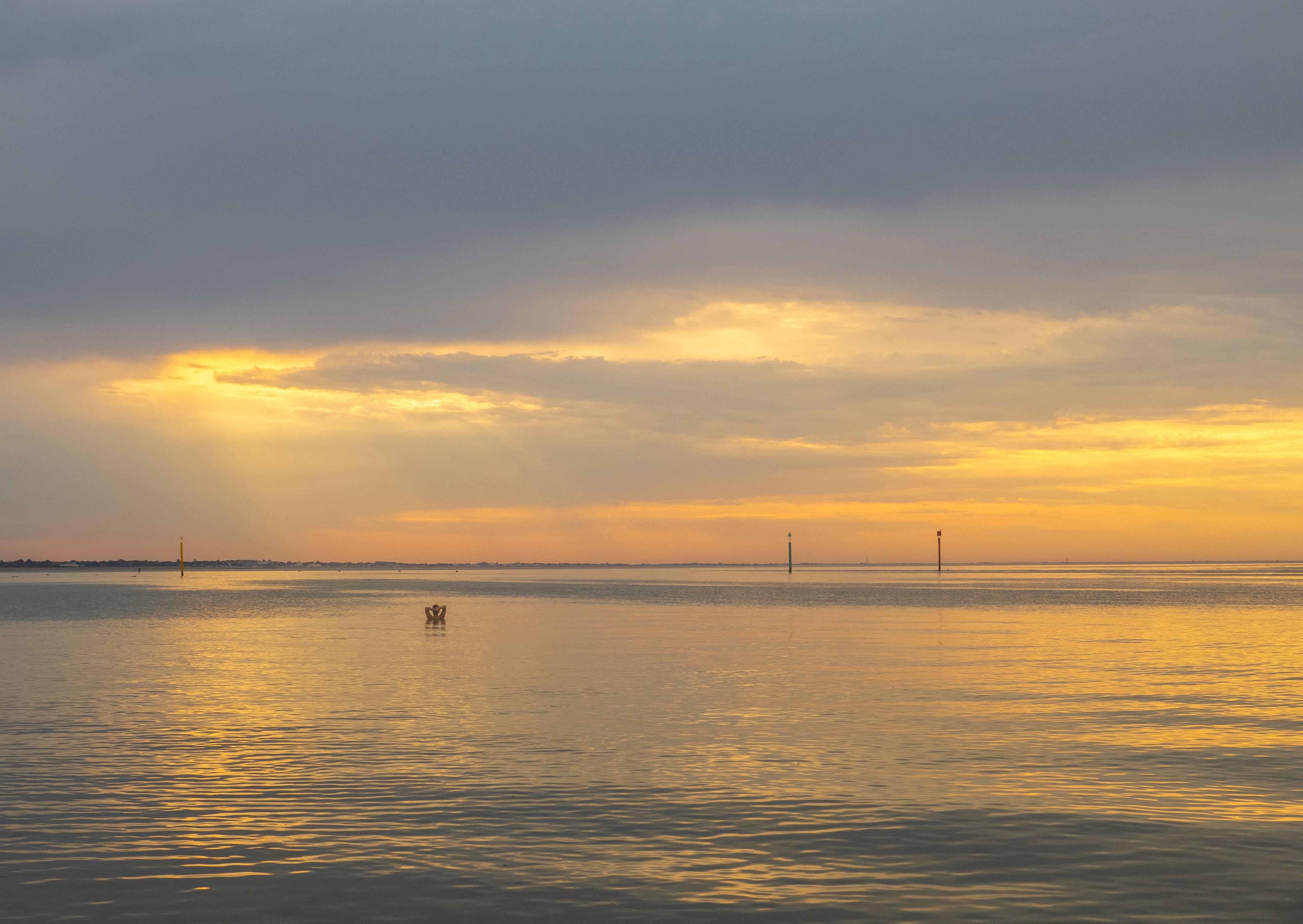 I've edited this image for the purpose of this blog in two ways. I've added some screenshots from Lightroom to show you how you can interpret the Rule of thirds in different ways, and how using gridlines can really help.

When you apply the grid lines, this is what you see: 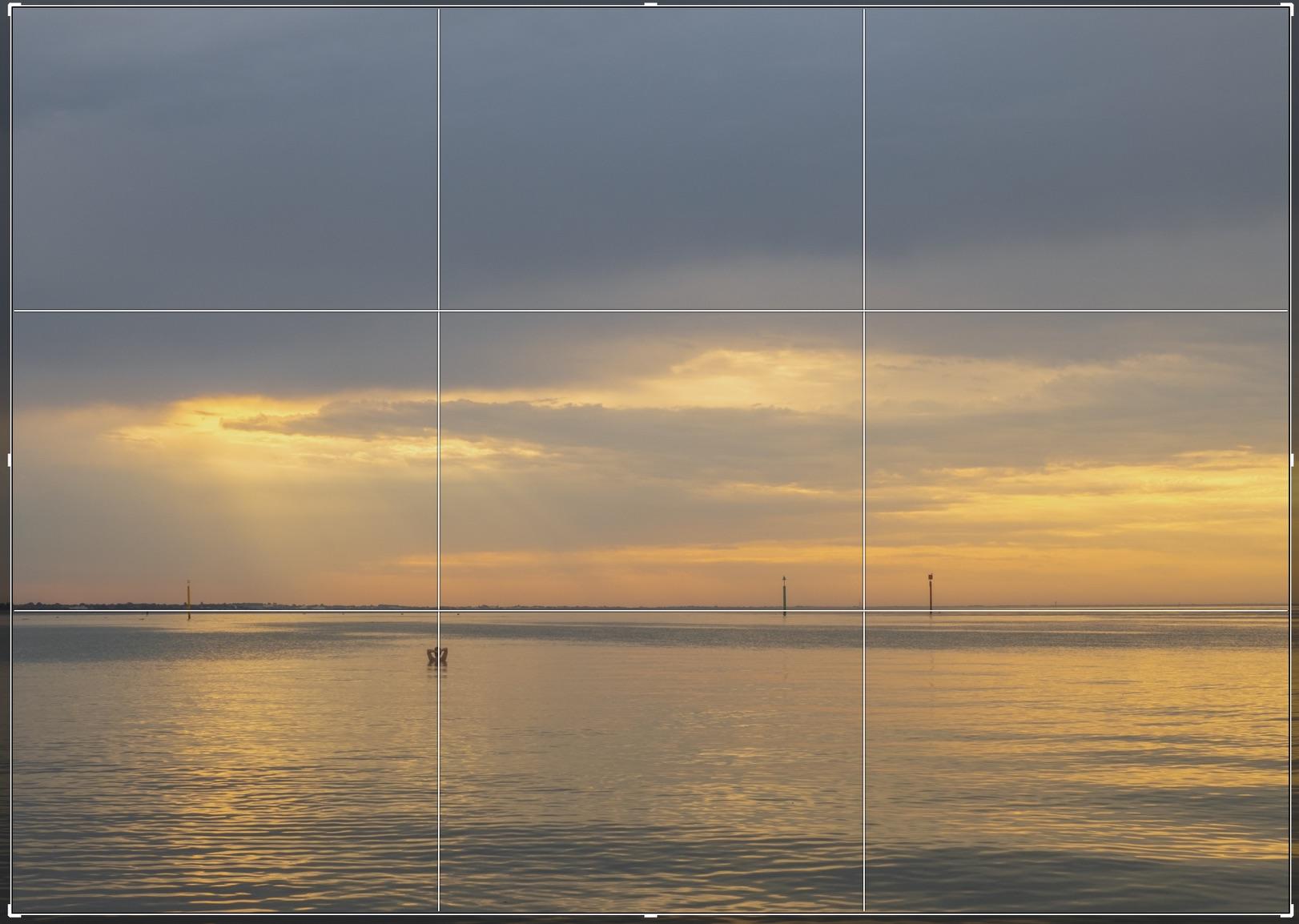 In this version, the subject intersects with the line that marks the left hand third. The subject is directly down the left third line, but the sky and the sea are playing into the rule of thirds too. One third sea, two thirds sky.

And now here's another way of applying the rule of thirds: 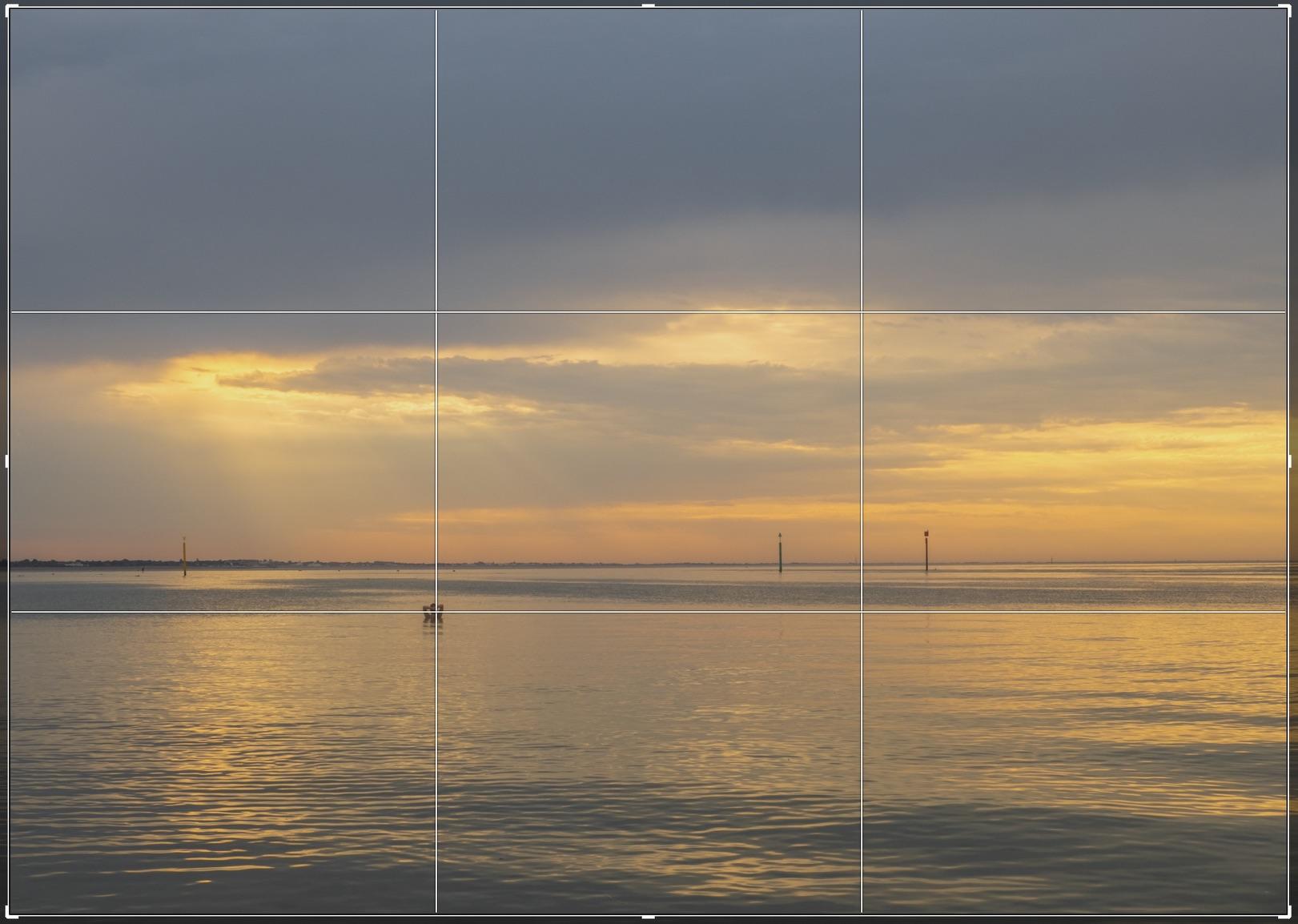 As you can see, the subject is in a direct intersection between the bottom third line and the left third line. This image strictly adheres to the Rule of thirds in terms of the subject, but the relationship between sea and sky is now roughly one third sea, two thirds sky rather than strictly so. This is the version of Dawn Dip in the gallery.

And the reason for showing you the two is that it's a matter of preference. The Rule of thirds isn't a rule, it's a guideline, and it isn't something you need to universally apply. For landscape photography, it's a useful way of adding some rigour to a composition, but there are other considerations to think about too.

Adding balance to a composition

As another example, here are two images, from the same shoot. I shared the print Benched on Facebook and a friend of mine said he would have liked to have seen the red buoy in the shot more prominent. I can see why, it's an interesting feature.

I've said before, photography is all about individual perceptions and preferences and what pleases one eye may be indifferent to another.

Here's Benched as available in the gallery with gridlines: 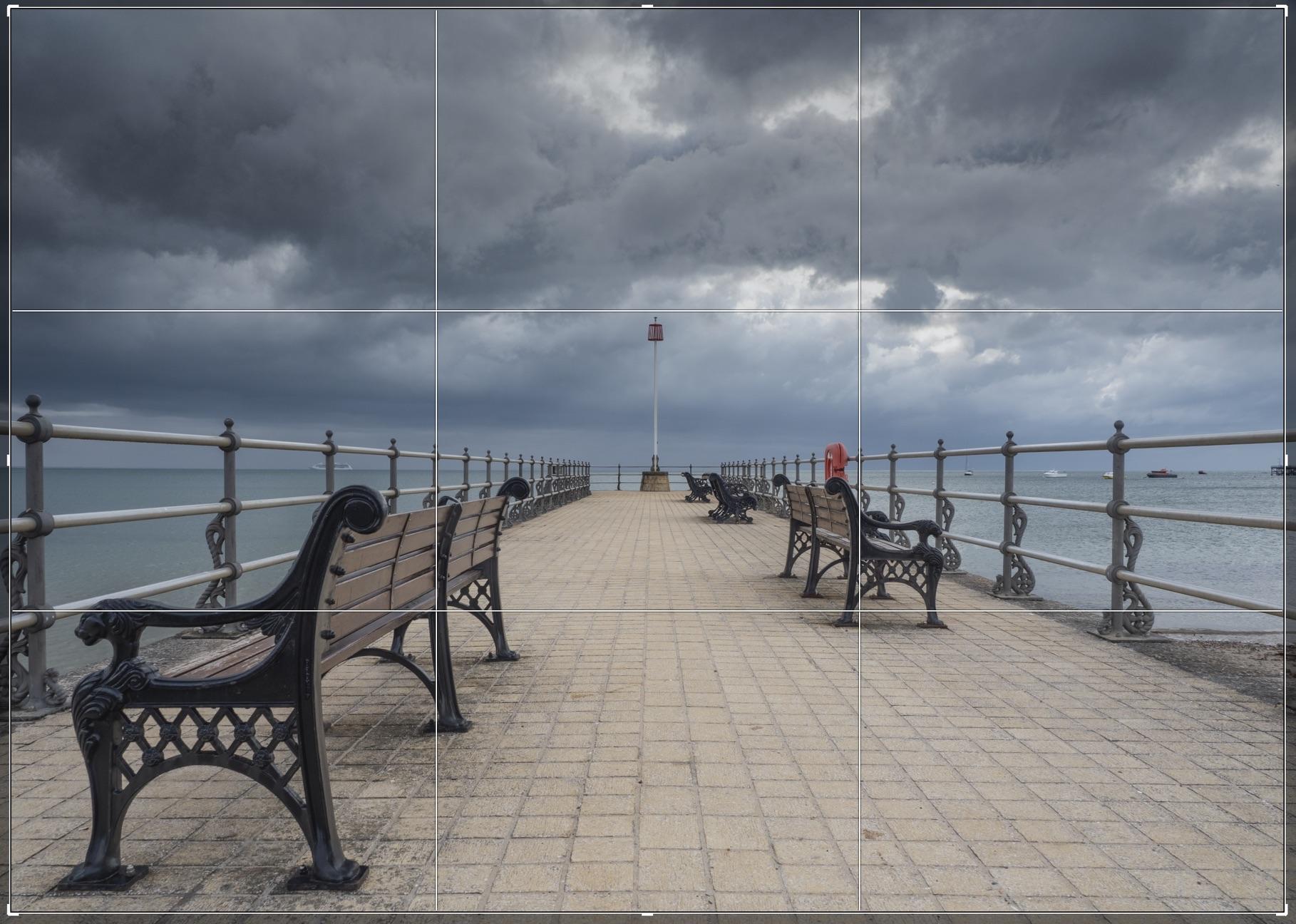 The idea here is balance - one bench is aligned to the left third, the bench a little further away is in the right third and the marker post at the end is central but the brick paving leads your eye to it.

In the alternative version, the life buoy is the object aligned to the right third, but there's nothing on the other side of the image here for balance. The paving still leads the eye, but to my mind, it's not as strong, plus the sky is a bit blown out, another reason this image didn't make the cut! These images were only taken about 5 minutes apart, but see how the sky has changed. 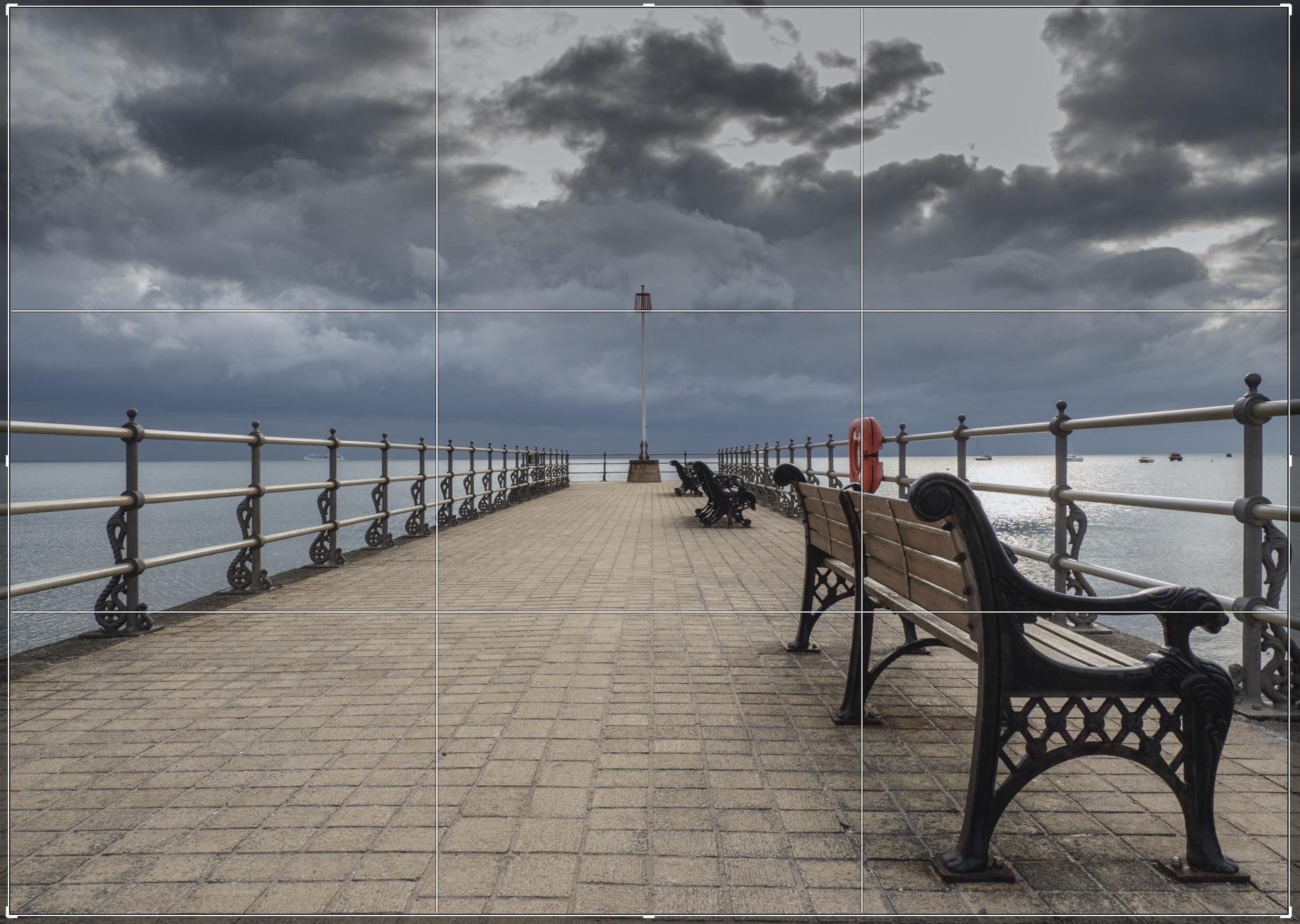 Practicing the Rule of Thirds

So, to practice, here's what you can go and do.

1. Look at the settings on your camera or phone and turn on the gridlines. It will help you at first, and then pretty soon, you'll find you can naturally judge where the thirds are.

2. Go and practice! Find any subject, it doesn't really matter what, and put the subject into those thirds and see what happens.

3. Try and incorporate it as part of your routine as a photographer and remember, it's a guideline. Rules are made to be broken, and sometimes, it will impossible to strictly adhere to it because something is in the way or you don't have the right angle of shot and no way of getting it.

4. Remember, learning photography is also supposed to be fun!

I'll leave you with one final example of how I incorporated the Rule of thirds into an image that is on sale in the Gallery, called Lockdown Moon and one where I couldn't.

I took this in my back garden during the lockdown of 2020, and here's my very own example of how the Rule of thirds is a rule of thumb.

If you were to look from my back garden, you'd see houses on both sides and my garden perpendicular to them. There's also a whopping great tree in a neighbour's garden, so here's an example of how standing on tippy-toe, I got the image I wanted, but it's not quite a perfect rule of thirds shot.

The Moon is just a little to the right, and whilst it's close, it's not completely adhering to the rule. And that's fine. 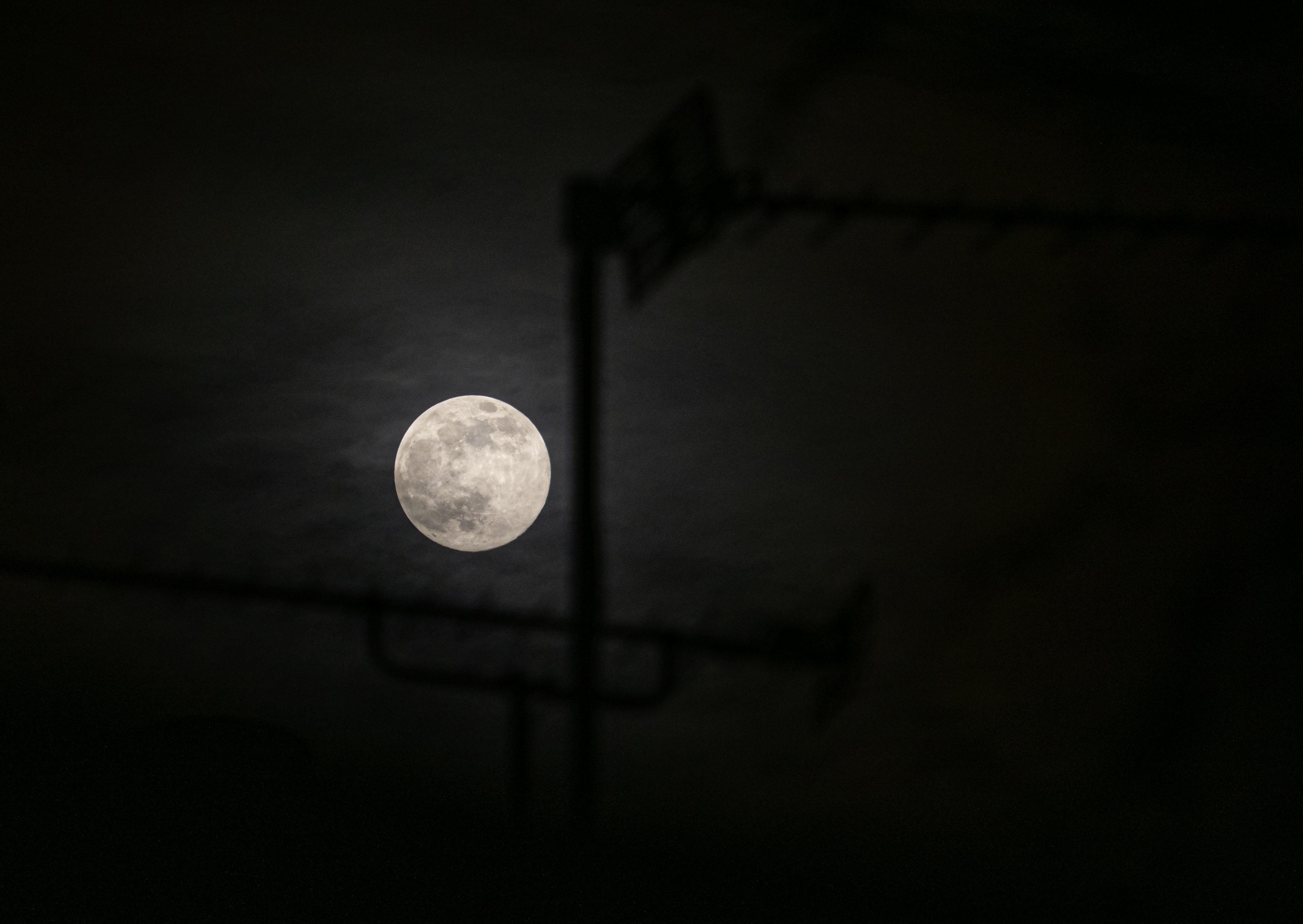 When you can't apply the Rule of thirds at all, don't panic!

Remember what I said about how sometimes you just have to go with what you have in front of you? Here's an example. 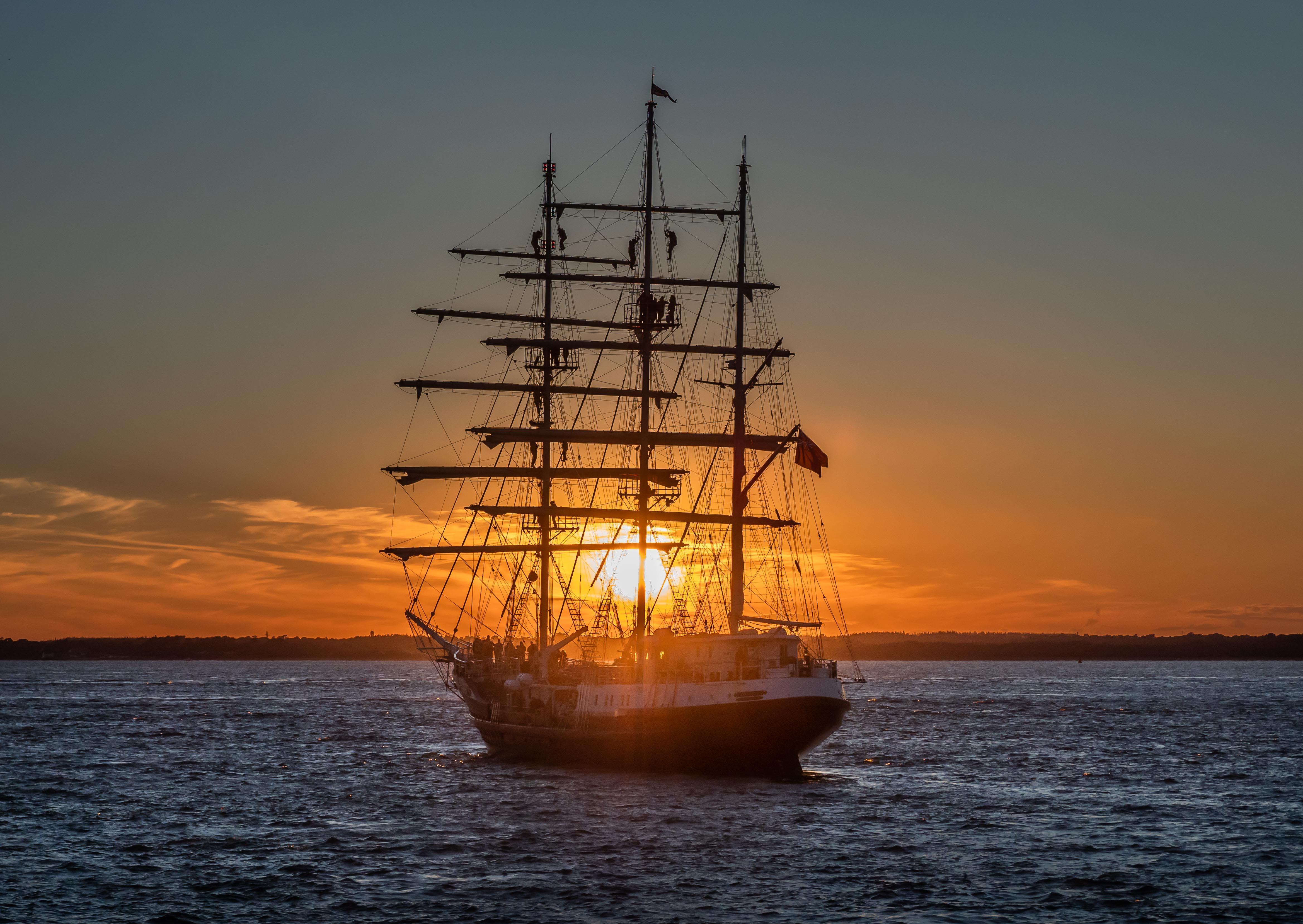 In August 2019, the family and I took a Friday night trip to see the Cowes fireworks on the SS Shieldhall. It's a cracking historic vessel you can take a trip on from Southampton, and on that evening we had everything from squally showers and blustery winds, to this beautiful sunset. I was on the other side of the ship with my kids, looked over my shoulder and to my surprise, there was a tall ship we were sailing past! So, I managed to quickly get to the other side of the ship, grab this fantastic shot of the crew in the rigging but the ship is dead centre. It's one of those things. Beautiful sunset, amazing silhouette of people in the rigging, but does it adhere to the Rule of thirds? No, not really!

I hope you've enjoyed this guide and that it's helped you think a bit more about how you compose an image, and how you add balance to your your compositions too. If you have any questions about my photographic work or had a question about what I've written here, feel free to contact me at Mike@northwallgallery.com

Want one of these prints?

You can buy Dawn Dip, Benched, Lockdown Moon and Climbing in The Rigging from us at Northwall Gallery. You can choose all of them as prints or as canvas wall art, so why not wander through the store and find a print you love for your wall?

All of these prints are created in my studio, and then are sent out to you directly.

We can frame them, mount them, and you can get the fine art prints and mounted prints signed by me too! 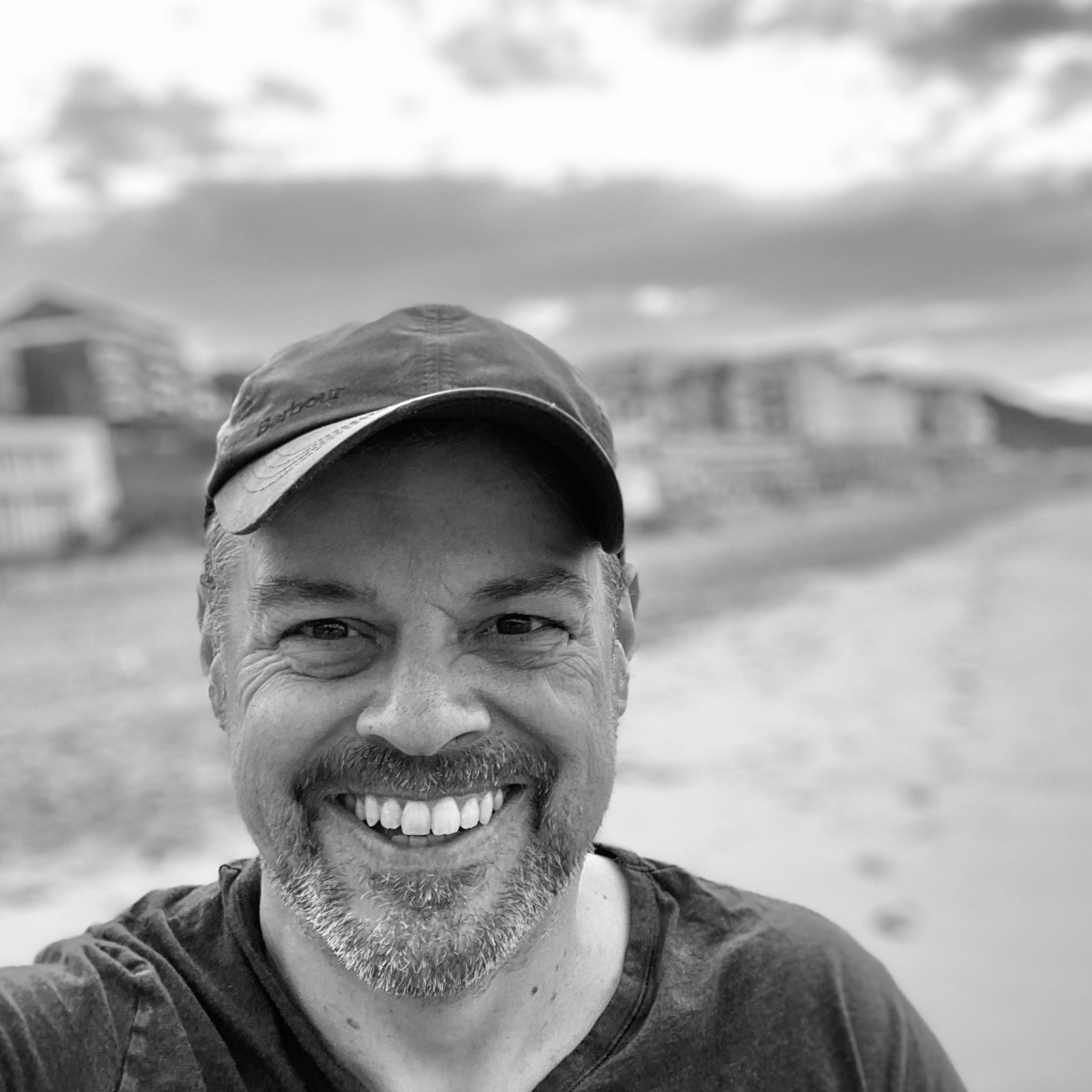 Mike Hall is a director of Northwall Gallery. He's a Licentiate Member of the Royal Photographic Society and Northwall Gallery features prints he has taken all over the world. For more of Mike's work, visit the online gallery at www.northwallgallery.com