Why learning this skill will make you a better photographer

Why learning this skill will make you a better photographer

In this blog post, I thought I'd write something about how you can improve your photography skills.

Back in December 2020, I wrote an article for Olympus UK about my journey to becoming a Licentiate of the Royal Photographic Society. I talked at the time about how up until a few years ago, "I had all the gear but no idea." That may be a brutally frank admission, but until you actually measure where you stand in any discipline, you'll have no idea about how to make that judgement call.

But, the one thing that I learned more from than anything else was this - stepping away from automatic mode and putting the camera in my control.

Now, did I suddenly become a master of manual settings overnight? No, and nor did I need to be. What I did, and what I still do to a large extent now, is set my camera to aperture mode, and here's why.

Imagine this; you're driving up a long, straight road, and there's no traffic. That road goes on for miles, you have both hands on the wheel, but there's nothing to brake for, you're using cruise control for the speed, and your gearbox is automatic. That is not far from what a camera in auto mode is doing for you. It's set the shutter speed, the ISO, and the aperture for you, all you need to do is point and make sure it's in focus.

Now imagine the road isn't straight any more, it's got some sharper turns in it, some down hill sections, and you've turned off cruise control and you're covering the brakes. The gears are still in automatic, but you're working harder than you were, but you're able to react to more situations. That's aperture mode.

Depending on your camera, it'll be an A on the dial (Olympus, Sony and Nikon, or AV for Canon.) 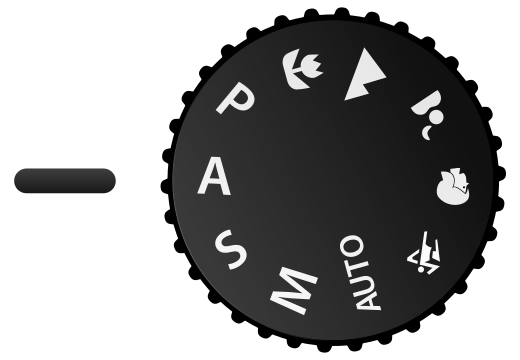 Aperture is the setting that controls the amount of light through the iris of the lens. You may well hear terms like f1.8 or even see that written on the side of your lens. We need to cover another topic briefly to explain why aperture matters, and it's called depth of field.

To keep it simple, the lower the f number on the side of your lens the greater the capacity for that lens to let in light. But there's also a snag, which is the lower the number, the harder it is to keep your entire image sharp. Have you ever seen a photo of a group of people where the people in the front are in focus, but the people at the back are a bit fuzzy? That's depth of field for you. It's basically the distance between the nearest object and the furthest object which are acceptably sharp in your photo.

The lower that f number, the shorter that distance is between those two points. So why wouldn't you want to keep everything in focus?

Well, the answer is simple, that's what makes an image less interesting.

Automatic mode is great to start with - everything is in focus, for still images, family photos and so on, it's absolutely fine. One of the first skills is learning to hold the camera straight after all and not chop people's heads off (I wasted a lot of film when I was eight!) once you've mastered that, auto mode isn't going to teach you much. Think of auto mode as a huge set of compromises. The camera is working to do its best to keep you happy, but by doing so, it won't let you experiment much.

In contrast, just moving to aperture mode will definitely teach you. Soon, you'll learn why for portraits it can be really powerful to have the background out of focus and the subject pin sharp, or, why the opposite is true too sometimes. 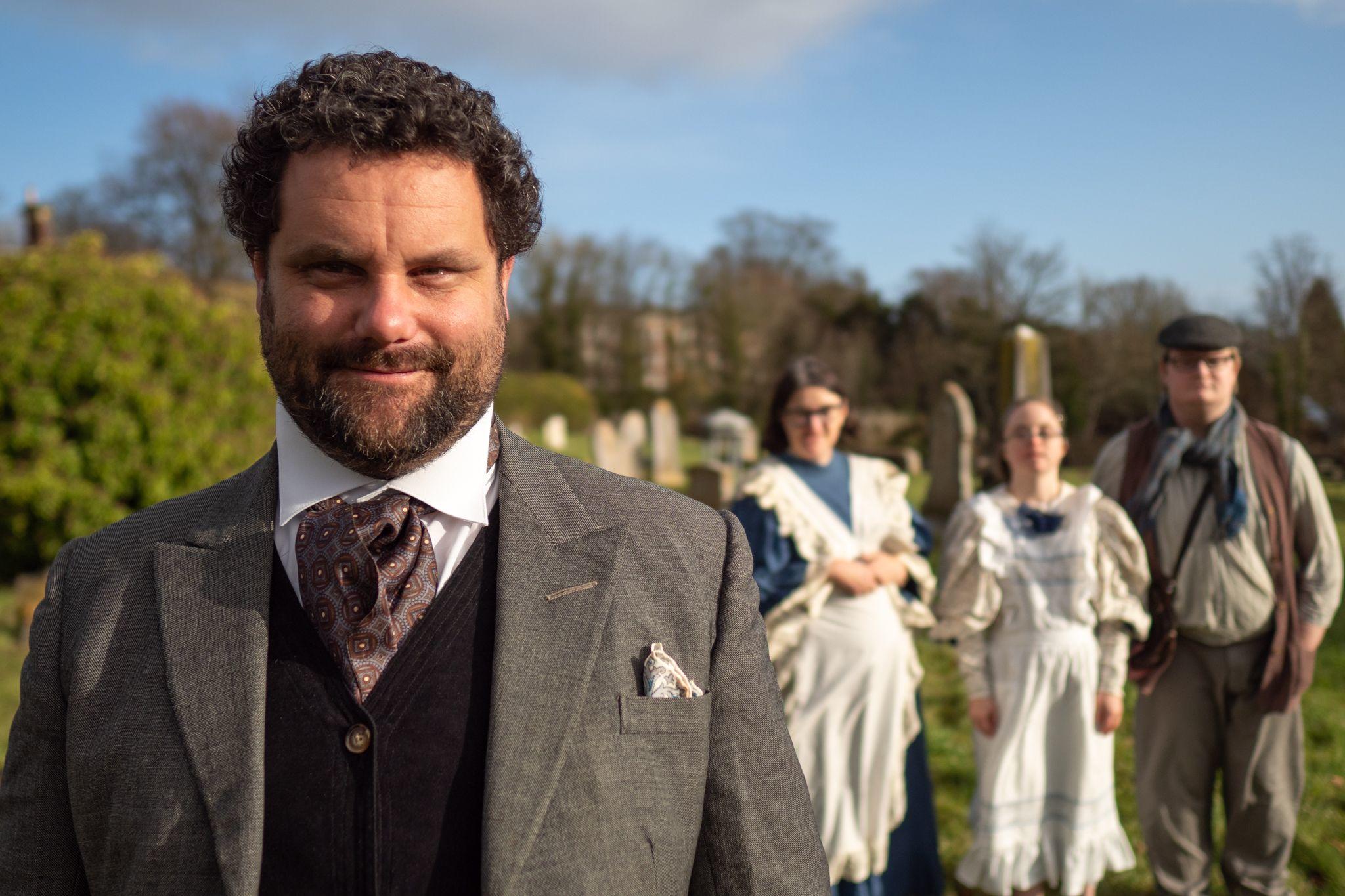 Shallow depth of field - an image I took for Blue Apple Theatre in 2019 for The Railway Children - f1.4

It doesn't matter if you have a ton of blurry shots at first. The idea is to look at them and learn from them. Study the settings when you put the images on screen and see what they are telling you.

Remember, the lower the f number, the shallower that depth of field is. One of my lenses has a depth of field so shallow that if you're more than 20 - 30cm behind the leading figure in the shot, you'll be out of focus. But in Auto mode, you'll never find that out!

Soon, you'll find that by controlling aperture you'll have a much greater range of artistic freedom in all of your shots, be that long exposure or landscape. 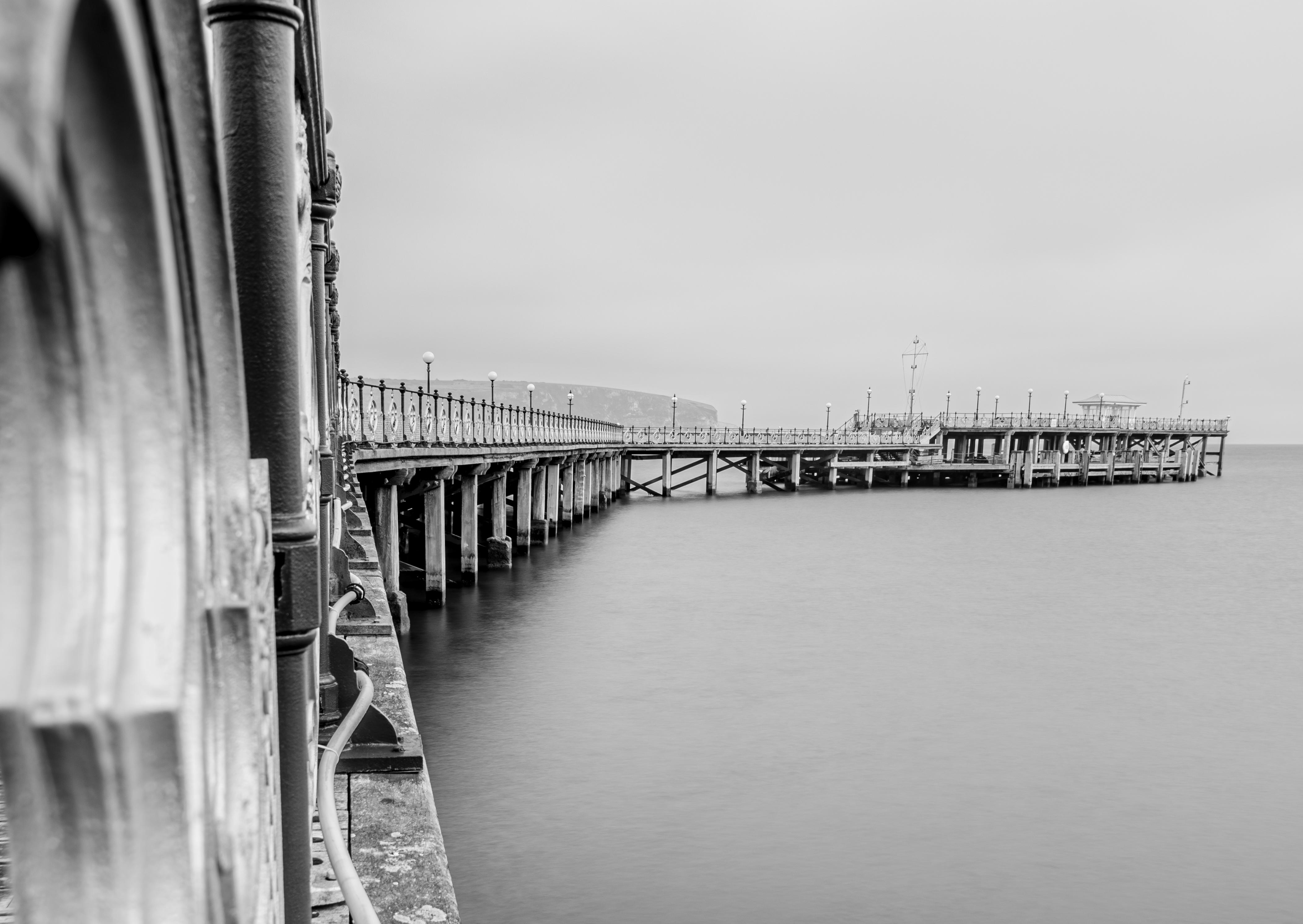 In this image, controlling aperture gives a pleasant blur at the front and sharpness at the back to lead the eye -  taken at f5.6

Have you noticed something missing? Shutter speed? Why haven't I mentioned it? Because for now, it doesn't matter. If you have kept ISO in auto mode, and are just focussing on depth of field, then the camera is still taking care of that for you. Shutter speed matters for action scenes, and for long exposure (where the shutter is held open for a long time), but we'll think of that another day.

Right now, go explore photography with aperture. Go play, and enjoy the journey and if you feel so inclined, from me a line at mike@northwallgallery.com to share your results!

P.s. Don't forget - Northwall Gallery offers a fantastic selection of prints and canvas art, so if you haven't quite gotten to the place of showing off your own work yet, why not visit our great selection of wall art?